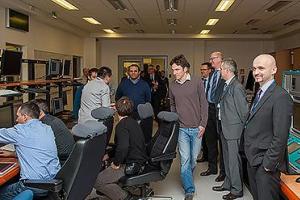 In the night of 12/13 February 2014 Croatia Control Ltd (CCL) successfully launched the new air traffic management (ATM) system based on the COOPANS latest version, thus giving Croatia one of the latest and safest ATM systems in Europe.

The project worth 30 million EUR has been mainly financed from the loan granted by the European Bank for Reconstruction and Development. It ensures CCL's permanent harmonisation with the EU standards and competitiveness on the European market of air navigation services. The operating software is based on the Thales TopSky system and has been applied by seven ATC Centres in five European countries.

The transition to the new system enables the application of higher quality tools in the work of air traffic controllers and ensures higher air traffic safety. The harmonised ATM system used by the COOPANS members will result in shorter distances and duration of flights, and contribute to the protection of the environment by reducing fuel consumption and greenhouse gases emission. 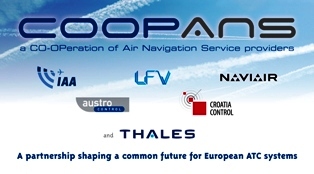 costs through common concepts and other operational improvements based on the single platform.