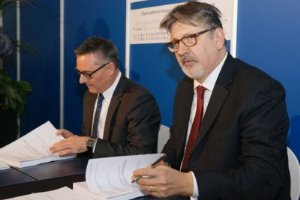 The Croatian Railways (HZ) company for passenger transport - HZ Putnicki Prijevoz - will introduce in the period from 2015 to 2017 a total of 44 new low-floor electrical and diesel trains that will travel across Croatia and be manufactured, under a 1.63 billion kuna contract signed in Zagreb on Thursday, by the Croatian company Koncar Elektricna Vozila in cooperation with domestic partners. 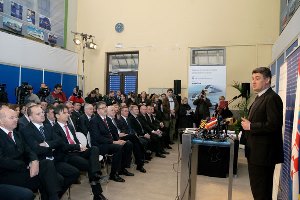 All those present at the ceremony, the PM included, underlined the importance of the contract for Croatia's railway transport, passengers' satisfaction and the economy as a whole, the more so as trains will be produced in Croatia with the Croatian know-how and expertise.

This is the biggest purchase of trains since Croatia gained independence as the average age of passenger trains in the country is 30 years or more.

The Croatian government has provided guarantees for the job, and the first 800 million kuna has been secured through the Croatian Bank for Reconstruction and Development (HBOR), while the rest of the funding will be secured by inviting bids for the most favourable type of financing, it was said at the ceremony. 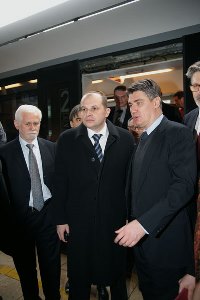 Koncar Electrical Industries (EI) CEO Darinko Bago said the job was important for all, including the state because it would receive around 400 million kuna of VAT on the 1.63 billion kuna job. 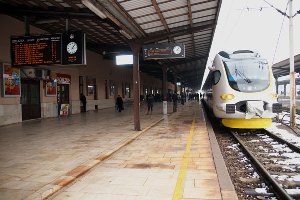 Bago said that Koncar's old partner TZV Gredelj will be involved in the project as much as the tender allows.

Minister Hajdas Doncic said the contract bore evidence to the government's commitment to investing in the railways. Apart from the new trains, also under way is the renovation of the railway infrastructure and logistical improvements, which will result in economies and better services, the minister said.