Croatian Railways Infrastructure to lay off 650 by year's end 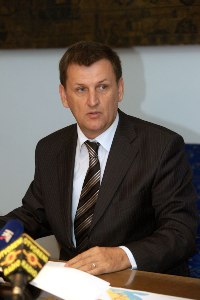 By the end of the year, the bulk of the 650 redundancies in the Croatian Railways Infrastructure company will be laid off and nearly half are leaving of their own accord, under stimulating terms, the Chairman of the company's management board, Darko Pericic, told reporters earlier this week.

Plans for next year envisage the leaving of another 360 employees or a total of 2,000 over a three-year period, he said, adding that such downsizing was key to the company's functioning.

In August, the company invited bids for a financial institution that will lend HRK 620 million for financial liquidity and investments, Pericic said, adding that negotiations were under way with the European Bank for Reconstruction and Development on a loan for the purchase of strategic machinery and for severance packages for the redundancies.

Pericic said the company would invest HRK 2.5 billion in the 2012-16 period to upgrade the rail infrastructure as well as HRK 7.5 billion from European Union funds.