Croatian motorway tolls to rise by 15% as of 1 June 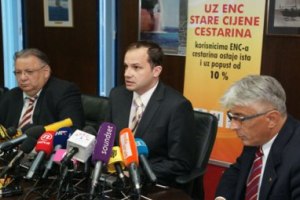 As of 1 June, motorway tolls in Croatia will go up by 15%, Transport and Infrastructure Minister Sinisa Hajdas Doncic said on Thursday, adding that the toll paid by using the ENC electronic toll system will not rise and that ENC users can count on some discounts such as the ENC device for one kuna and an additional 158 kuna after users pay HRK 500.

The motorway tolls will rise by 15% for users who pay in cash or by credit card at toll booths, the minister said.

For instance, the current toll of HRK 157 for a drive from Zagreb to Split will rise to HRK 181, or the motorway toll for a drive between Zagreb and Rijeka will cost 69 kuna as against the current price of HRK 60.

The minister announced the application of the ENC payment system for the Zagreb-Macelj motorway, too. 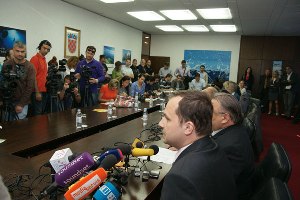 The minister believes that this will help the two companies to stabilise their operations. He announced their restructuring, which will include lay-offs with stimulating severance packages. According to the minister's projections, the two companies will downsize their personnel by 260 people.