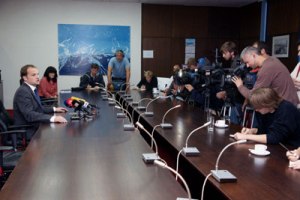 Transport and Infrastructure Minister Siniša Hajdaš Dončić has said that the decision to file bankruptcy proceedings for the Gredelj rolling stock factory was the only justified and possible decision in economic terms.

After his talks with disgruntled unionists from this company whose workers oppose the bankruptcy proceedings, the minister said that the former management in this Zagreb-based factory had incurred debts of up to a half billion kuna and that in the last three months the new management had to solve some of those outstanding liabilities towards suppliers and creditors every week.

Earlier this week, the factory's management filed with the Zagreb Commercial Court a request for the company's bankruptcy procedure which would include its restructuring. 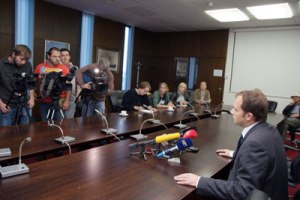 Earlier on Thursday, some 600 workers staged a protest rally outside the government's headquarters in St. Mark's Square against plans for lay-offs and the bankruptcy procedure for this company. They dispersed peacefully after a five-member trade union delegation began talks with the minister Hajdas Doncic in his ministry's offices.

After the meeting, the minister rejected the "conspiracy theory" that Gredelj would be shut down in order to create possibilities for the purchase of trains from abroad.

This is the real life and these are the economic rules. "It is important to analyse the cash flow to detect Gredelj's problems," Hajdas Doncic said. 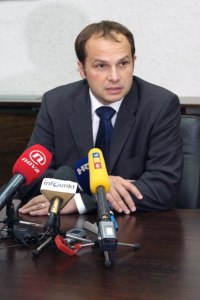 He emphasised that bankruptcy proceedings did not mean liquidation, explaining that he did not want to take over the responsibility for the performance of Gredelj's former managements.

He said he had ordered the replacement of Damir Grgić, who is the chairman of the HZ (Croatian Railways) Passenger Transport company that owns the Gredelj factory.

The union representatives who held the talks with the minister said that the government should only let Gredelj do its job. The trade union in the company is against the reorganisation of Gredelj which could result in the setting up of two new companies and large-scale lay-offs.

There are currently 1,465 people on Gredelj's payroll. The protesters agree that the number of workers should be reduced but they insist that the company should retain 1,100 workers and they are against halving the number of workers. They claim that Gredelj could currently carry out business deals in the amount of HRK 150 million, but that the government and the HZ rail operator made it impossible for this company.