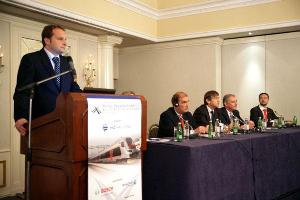 "No one in Croatia can be satisfied with the situation in the rail sector, but railways offer a great opportunity for development.", said Transport and Infrastructure Minister Siniša Hajdaš Dončić told the Rail Investment South East Europe 2012 conference in Zagreb on Wednesday.

In the last ten years, Croatia has failed to take advantage of its geographical position to establish itself as "a logistics tiger" in Europe, the minister said, stressing that investment in railways was a priority of the incumbent government. He said that pan-European rail corridors 5 and 10 were of exceptional importance to Croatia.

The Croatian rail company's (HZ) board chairman Rene Valcic said that it was important for HZ to be included in international corridors through state-of-the-art infrastructure. 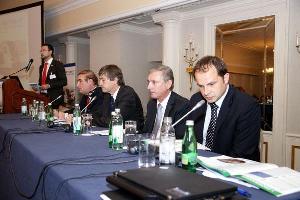 said at the beginning of the conference that railways were regaining their key position in international transport.

Total investments in transport until 2030 are estimated at USD 11,000 billion, of which 5,000 billion will go towards the rail sector, according to Loubinoux.

He said that southeast Europe had an opportunity to serve as a railway link between Europe and Asia.

The two-day conference, organised by HZ Holding, brought together investors and executives of rail companies from southeast Europe.

The event ends on Thursday.