Integrated passenger transport to be introduced in north Croatia 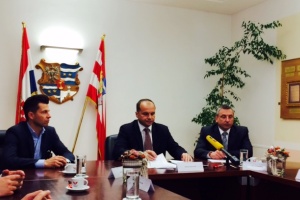 A HRK 5.2 million (approx. EUR 684,200) contract to draw up a master plan for introducing integrated passenger transport in north Croatia, 85 percent of which is being financed from the European Regional Development Plan, was signed in Varazdin by Transport and Infrastructure Minister Sinisa Hajdas Doncic and Varazdin County prefect Predrag Stromar.

The master plan covers three counties - Varazdin, Medjimurje and Koprivnica - Krizevci - with each financing it with 5%. Together they have more than 400,000 inhabitants, 297 km of railway, 515 km of state roads, more than 1,100 km of county roads and nearly 1,300 km of local roads.

The integrated passenger transport project is estimated at EUR 80-100 million. 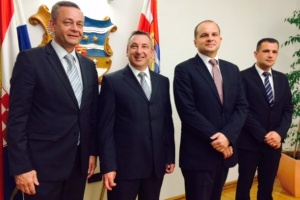 "Integrated transport, judging from German, Austrian and French experience, reduces not only the price of transport but time, which today is perhaps more important," the minister said, adding that the pace of implementation depended on the towns, municipalities, counties and county road authorities.