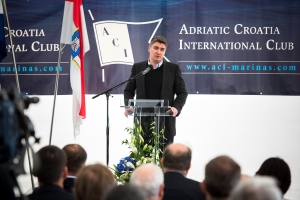 Work formally started on Monday on a new marina at Slano near Dubrovnik, a project worth 60 million kuna.

It will be the 22nd marina owned by the state-run marina operator ACI and its first major project in 24 years. The marina will boast berths for 200 vessels measuring between 11 and 25 metres in length, as well as a car park, catering establishments, an outdoor swimming pool and other facilities, and is expected to open to boaters at the start of the next season.

The work was formally opened by Prime Minister Zoran Milanovic, who said that ACI was a company of strategic importance to the state and that it would be recapitalised. He expressed hope that boats would be coming to the new marina in the off season as well. 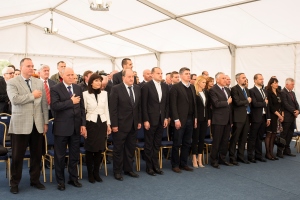 The ceremony was also attended by the Minister of Maritime Affairs, Transport and Infrastructure, Sinisa Hajdas Doncic, and ACI executives.