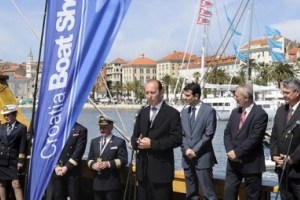 The 15th edition of the Croatia Boat Show opened on Wednesday in that Adriatic port of Split and until 23 April visitors will be able to view around one hundred boats from about ten countries.

The director of the Profectus company, which organises the show each year, Vicenco Blagaic, said that due to the economic crisis this year's boat show was the most modest in the past five years as companies that had previously exhibited their products did not manage to sell one boat in the last two years at the fair.

Boat sales in Croatia have stopped and Blagaic attributes this to restrictive tax policies and that it was virtually impossible to get a loan from banks for this purpose.

Bosko Ercegovac of the Maritime Affairs, Transportation and Infrastructure Ministry said that last year around EUR 800 million had been received in revenue from the nautical sector. Around 60,000 foreign yachts and boats visited Croatia which means around 600,000 boaters.

It is a fact that shipbuilding of small vessels is in crisis, Ercegovac said but with Croatia's accession to the European Union 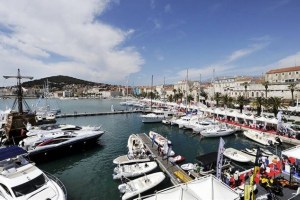 new markets will open up presenting new opportunities for this sector.

Once Croatia joins the bloc, rules and regulations will change too and foreigners will no longer be required to present a list of persons on their vessels which was a limiting factor until now.

An advisor in the Tourism Ministry, Ivo Basic, explained that legislation was currently in procedure to facilitate investments in the nautical industry.