Agreement signed for reconstruction of ferry dock on Mljet island 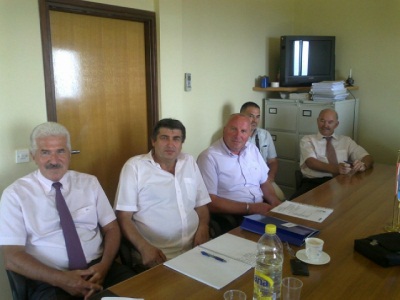 An agreement on co-financing the reconstruction of the ferry dock in the port of Sobra on the southern island of Mljet was signed on Wednesday by the Deputy Minister of Maritime Affairs, Transport and Infrastructure, Zdenko Antesic and Antun Banovac, the Director of the Dubrovnik-Neretva County Port Authority.

The Agreement is worth 12 million kuna (1.6 million euros).

Antesic said that the reconstruction of the ferry dock would considerably improve connections with the island, announcing a review of the present ferry services so that the island would be better connected with the mainland.

The Mayor of Mljet, Nikola Hajdic, noted that this was the first investment in the island's port infrastructure since 1990.

Work is due to start in autumn and should be finished in six months, and at the meeting also attended capt. Nikola Mendrila, Assistent Minister for Maritime and Inland Navigation, Shipping, Ports and Maritime Domain.