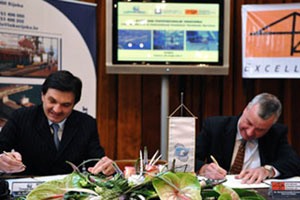 The agreement on the modernisation of the port's Brajdica container terminal, which is in the concession of the Jadranska Vrata, was signed at the ceremony in Rijeka by the Port of Rijeka management board's chairman Denis Vukorepa, and ICTSI senior vice president Manuel Armando Fernandez.

The new strategic partner of the Port of Rijeka has undertaken to invest some EUR 70 million in the Brajdica terminal.

During the 30-year concession, this leading global port management company is expected to develop an additional 330 metres of the dock in Rijeka, resulting in an increase in the capacity of the container turnover to 600,000 TEU (twenty-foot equivalent unit).

ICTSI, which is currently managing 22 terminals in 16 ports worldwide, is to implement state-of-art technology for the loading and storage of cargo.

Manuel Fernandez said ICTSI would work on enhancing the 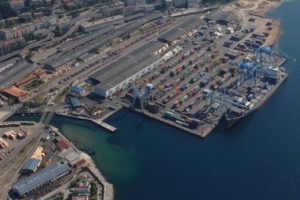 efficiency of the terminal and on including it on the markets of Hungary, the Czech Republic, Slovakia, Poland, Serbia, and Bosnia and Herzegovina.

The Port of Rijeka chairman Vukorepa said the partnership with ICTSI should bring an increase in turnover in the port and the opening of new markets in central and southeastern Europe.

The head of the Rijeka Port Authority, Bojan Hlaca, said that the Brajdica terminal was intended to become a leading terminal in southeastern Europe.

ICTSI, a US company based in the Philippines, won an international tender for the Jadranska Vrata's strategic partner.