The government on Thursday declared a project to build a cargo terminal in the northern Adriatic port of Rijeka - Rijeka Gateway - a strategic project as it contributes to the construction and modernisation of the Rijeka port and to the Croatian economy in general, making it more dynamic and competitive. 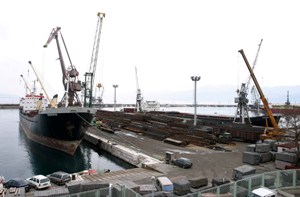 Economy Minister Ivan Vrdoljak said the construction of the terminal would contribute to the indirect employment of 1,500 people, while directly it would create 310 jobs.

The project is worth HRK 1.6 billion.

Also built will be a new road, D-403, to connect the terminal with the Rijeka ring road, which will be financed through EU funds and European banks.

The railway infrastructure will be financed through World Bank loans, EU funds and European banks.