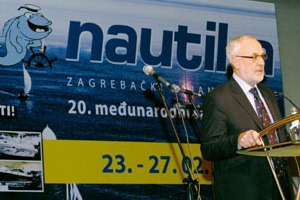 Croatia's nautical sector has been experiencing progress over the recent years despite the recession, and in 2010, more than 58,000 different vessels entered the Croatian coastal waters, two percent more than in 2009, a State Secretary at the Sea and Infrastructure Ministry, capt. Mario Babic, said on Wednesday at the opening of the 20th boat show at the Zagreb Trade Fair Centre (ZV).

The fair, which closes on 27 February, has drawn 350 exhibitors from 31 countries.