Meeting with the harbour masters 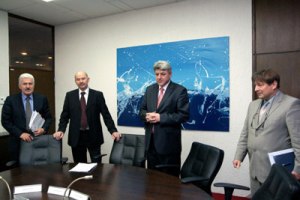 Today Minister of Maritime Affairs, Transport and Infrastructure ZLATKO KOMADINA welcomed harbour masters by saying to them to continue with the honourable and responsible performing of navigation safety tasks and protection of the Adriatic Sea and inland waters.

The topic of the meeting was the current situation, as well as the most important issues, such as personnel issues and measures for the preparation of the nautical season. The meeting was attended by eight harbour masters at sea, and four harbour masters on inland waters and headed by Deputy Minister Zdenko Antesic. It was also attended by Assistant Ministers Nikola Mendrila and Perica Solic.

Despite the strict guidelines for the state budget, we will take care of specific tasks performed by harbour masters, because the safety at sea and rivers must be conducted constantly, said Deputy Antesic. 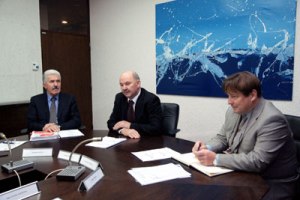 There is a total of 37 employees in 4 harbour master's offices and in one harbour's branch office at inland waters.

In the next period we will perform the analysis of the urgent needs for employment, and will be able to propose a plan for filling the vacancies accordingly. 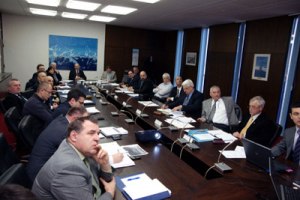