Information regarding the invasive alga Caulerpa 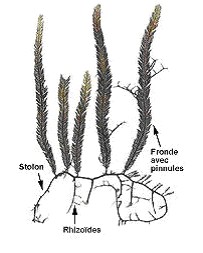 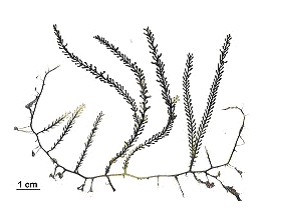 The tropical alga Caulerpa Racemosa as well as Caulerpa Taxifolia spreads with help of sea currents. This makes it possible for small, broken off fragments of the alga to create a colony wherever they find an agreeable area of ground throughout the bottom of the sea.
It has been suspected, although not proven scientifically, that the plant also uses the manner of sexual reproduction. Should this be the case, the results of this kind of reproduction, occured in 2004, should become visible in midsummer 2005 (the moment the sea reaches the plant"s optimum growth temperature of 16 – 18C). In September (when the alga"s growth is highest), it is the easiest to locate the spreading of the alga.

Since both species of these tropical alga, have no natural enemies in the Adriatic Sea, it is easy for them to spread without any control. All of this causes a drastic change of the biological, ecological, and environmental diversity of the bottom of the sea.
The Caulerpa is of great danger to the sea flowering plant, Posidonia Oceanica.

Posidonia Oceanica is a plant belonging to the group of sea flowering plants, better known as sea grass! It is not an alga, but a vascular plant with all the characteristics– rhizome, roots and leaves. It flowers during autumn and produces fruits referred to as sea olives. Those fruits float on the surface of the sea for a few days, after a while they burst and produce new seeds which, by falling down to the bottom of the sea, produce new plants. That is how the Posidonia Oceanica is able to spread and reproduce, but the sea olives grow only once within a few years. More often the reproduction occurs in a non-sexual manner by fragmentation, the rhizome spreads throughout the sediment and broken off parts of the plant take root. Some rhizomes are very long (up to a few meters) and very old (4000 years of age); the plant is a very slow grower (1 cm/year). The Poseidon Oceanica is considered to be one of the most longeval organisms of the Mediterranean Sea.

It is also a Mediterranean endemic species, protected by law in France (1988) and in Spain (1992). In 2002, Slovenia declared it to be one of the most endangered and rare species. On the ""Convention on Biological Diversity"" in Rio de Janeiro (1992), it was emphasized how important it was to protect this plant. Croatia was also participating, but although vast parts of the endangered sea meadows are disappearing; Croatia has done nothing to prevent it.

The Importance of Posidonia Oceanica

The sea meadows of Posidonia Oceanica are of great importance for the marine ecosystem. It is a biotope for an infinite number of marine organisms (fishes, crustaceans…) dependent on such meadows in terms of their diet, habitat, shelter, etc. Besides providing shelter, these sea meadows are very important in view of producing oxygen and organic substances, enriching the sea and sediment – it takes on the role of a genuine sea forest.
The plant"s long leafs are also very important in the slowing down of wave motion (the impact of the sea exerted on the shore), and in protecting sand beaches from erosion
Finally, the meadows are also crucial for the circulation and binding of mineral salts in the sea. Since it grows rather slowly, the revival of the meadows might take, at last, several hundreds of years.