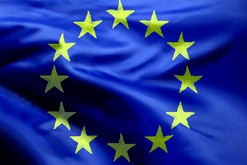 The European Commission has approved four Croatian operational programmes within the the IPA pre-accession fund relating to transport, environmental protection, promotion of regional competitiveness, and development of human resources, the Commission said in a statement on Thursday.

The four programmes are worth EUR 180.7 million in all, of which 53.5 million is intended for railways and waterways, 53.5 million for environmental protection, 34.9 million for promoting regional competitiveness by subsidising less developed regions, and 38.8 million for human resources development.

The Commission also approved two programmes for Macedonia and four for Turkey.

With these programmes, the candidate countries will make considerable progress in preparations for accession, Commissioner for Regional Policy Danuta Huebner said.